Businesses and Tax Planning: Are You Making Mistakes?

Portions taken from from Corp! Magazine where Neal was Named A Top Ten Business Attorney

“A common mistake is that corporations don’t bother to keep good tax records,” Nusholtz says.  “Then when they get audited, they have to pay more taxes then they should because they can’t prove the expenses they’ve had.”

According to  Nusholtz, a big mistake small business owners often make is to incorporate too early, creating a lot of unnecessary expense and complications.

“Many times, I find that they think the rest of the world will give them more respect if they’re a corporation,” he notes.  “So I ask them: When you go to a car mechanic, does it influence you in any way if the individual is a corporation?”

Nusholtz advises his audited clients to make the revenue agent’s job as easy as possible.  “Keep your records organized and easy to understand,” he says.

Sometimes, however even the best-kept records will not keep business owners out of hot water.  “There are two kinds of revenue agents I’ve encountered,” says Nusholtz.  “One is sympathetic to taxpayers and will accommodate them if he or she can, and help them get straightened out.”

“The other is the revenue agent who seems to delight in the misfortunes of taxpayers, almost as some form of power trip.”

An audit is a red flag, alerting you to hire a good tax attorney.  According to Nusholtz, four other business situations require professional assistance: “One, when a business is growing and you’re about to make changes that will make your business more complicated.  Two, when you’re going to buy or sell a business. Three, when you’ve grown to the point that a pension, profit-sharing or other retirement plan would be appropriate for employees.  And four, when you have a family owned-business and your estate is over $625,000,” says Nusholtz.

He also believes it is important to understand the difference between a tax attorney and an accountant.  “Tax attorneys are skilled at knowing how the legal system will approach a problem, and an accountant has superior skills at organizing records,” he says.

Nusholtz does not foresee a golden future for tax reform.  “I think it’s going to get worse because taxes have become so political,” he says.  “Legislators look at which tax laws will attract voters and not at the social purpose for this legislation. 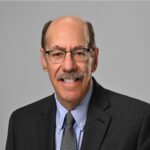