By William B. Acker

Two recent proposals would if implemented potentially greatly increase the federal tax cost of transferring wealth to sons, daughters and other beneficiaries.

1. IRS Proposed Regulation. The IRS has recently proposed regulations that would in effect substantially increase valuations of certain assets. These rules might become effective as early as the end of 2016. This change would in many instances result in the value of assets transferred being valued for federal estate and gift tax purposes 20-30% higher than the actual value of the assets, discouraging important wealth transfers by raising the tax bite. These are transfers of assets that have already been taxed.

This change would primarily impact wealth transfers by taxpayers with substantial taxable estates. A window of opportunity to complete wealth transfers that would be effected may close as early as the end of 2016, making the few months that remain precious little time and possibly the last opportunity to take advantage of current more favorable valuation rules.
Examples of transactions potentially impacted: Gifts, transfers to grantor trusts and transfers to grantor retained annuity trusts.

2. Clinton Tax Proposals. Presidential nominee Hillary Clinton has just proposed changes to federal estate and income taxes that would potentially raise the cost of transferring wealth to sons, daughters and other beneficiaries by even more, for many more taxpayers.

The following explanation of the latest Clinton proposal is from the 9/23/2016 Wall Street Journal:

“The Clinton campaign changed its previous estate-tax plan—which called for a 45% top rate—by adding three new tax brackets and adopting the structure proposed by Sen. Bernie Sanders of Vermont during the Democratic primaries.

“The former secretary of state would exempt the first $3.5 million of an estate from taxes—compared to the current $5.45 million exemption. She would impose a 45% marginal rate on many estates with assets between $3.5 million and $10 million.

“All the thresholds for married couples would be double that for individuals, setting the exemption at $7 million and the start of the top rate at $1 billion. The same thresholds would also apply to gifts during a person’s lifetime.”

The impact of the Clinton plan would be to reduce the amount each taxpayer could pass tax free by $1.95 million under current law and to increase estate and gift tax rates. If enacted as described, the proposal would impact a broad range of taxpayers with estates in excess of $7 million. As always, estate planning remains important to protect the surviving spouse and children, even with estates of less than $7 million.

An additional income tax increase proposed by Ms. Clinton, discussed in the same Wall Street Journal report appears to have an even broader impact:

“Mrs. Clinton would also repeal what is known as the “step-up in basis.” Under that rule, people who die with appreciated assets—for example, stock bought decades ago—don’t pay the capital-gains taxes on the increase in value before death.

“Their heirs only pay capital-gains taxes when they sell the assets and only on the difference between the sale price and the value when they were inherited.

“Under Mrs. Clinton’s plan and under a proposal from President Barack Obama that has gone nowhere in Congress, a gift or bequest of an asset would be treated as realizing those pent-up gains.

“There would be an exemption aimed at focusing the tax on high-income families, and Mrs. Clinton’s proposal, the campaign said, would include “careful protections and flexibility for small and closely held businesses, farms and homes, and personal property and family heirlooms.”

Repeal of the current adjustment to basis at death rule could have widespread impact for nonexempt assets, and disrupt many estate plans of taxpayers who currently are or may be considering adjusting their plans to the last round of tax law changes. Clinton’s proposal goes beyond repeal of long standing “step-up in basis.” She would impose a deemed tax sale upon death and force payment of income.

Changes under these two recent proposals should be considered by many taxpayers with potentially taxable estates under the proposed new rules. Waiting for the results of the Presidential and Congressional elections to sort out may not be feasible. The time to consider and take action regarding the IRS proposal may be limited to a few months, with transactions possibly required to be completed before 2017.

Please contact us if you want to consider wealth transfer alternatives. Many transaction alternatives require valuations by experts that will be impractical to complete if not commenced in the near future.

For further information regarding these matters, please contact Mr. Acker at 248.740.5665 or via email. 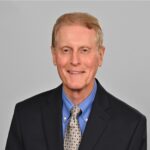