Insider-trading: "tips" can be dangerous to your freedom

It may sound improbable but … Your good friend, a stock broker calls. He has information that could be valuable. Of course you’ve heard his puffery over the years and lost money each time. He attended a stock analysts dinner and sat next to a VP of finance of a NASDAQ company. After several drinks, the VP bragged about the results of his company and contrasted them to the disappointing earnings and revenue of a competitor, also a high-tech NASDAQ company. The VP had become aware of the news concerning the other company from an acquaintance in the accounting department of the other company who feared for his job and was looking to join the VP’s company.

However, the VP did not reveal the name of the other company. Your broker indicates there are only three other companies in the same field. One is in another part of the country. Another competitor had already reported its financial results last week, so it has to be the one remaining company. “Let’s give it a shot,” he says, “but I can’t do it in my name. I’ll give you $25,000 in cash and you go to another broker-dealer and “short” the stock. I’ll split the profits with you.” You place the order, and do so on margin to double the bet, and deliver the $25,000. In the meantime, you call your brother-in-law and tell him the story and he places his own “short.”

Sure enough, the next day the company made its announcement and its stock falls 30%. Your transaction makes $15,000.

A few weeks later your brother-in-law calls in a panic. The broker-dealer he used called to ask questions about his trade; then someone indicating he was with the SEC called and wants him to come by their office. It’s about the short he placed with the broker.

You, of course, get your broker friend on the phone with your brother-in-law and come up with a story how you heard “rumors” of poor results concerning the involved company.

Your brother-in-law goes to the SEC and someone from the FBI is also there. He repeats the “rumor” story and says he heard it from you.

A few days later you get a call from the SEC and it’s your turn. Sure enough when you get there, so is the FBI. You now lie as well. They ask you where you got the $25,000 in cash. You tell them from your own savings.

Next, its 6:00 a.m. two days later and you hear knocks on the door and you know it’s not the paperboy. Sure enough three guys in suits show their ID, one you recognize. One goes upstairs and stands around as you get dressed. He puts on hand-cuffs and leads you to a U.S. government car in your driveway. Several neighbors notice. When you get “downtown” your brother-in-law and your broker are there. You are all informed that the FBI and SEC “know” of the conspiracy to engage in insider trading. You are allowed to call your attorney.

Your attorney is informed that each of you is being charged with insider trading fraud (20 years), conspiracy (5 years), false statements to federal agents (5 years) and, for just you and the broker, a money laundering charge (20 years, $500,000 fine).

Your attorney indicates you do have defenses. There actually were rumors the company in question was having difficulties. Your broker had no fiduciary or confidential relationship with the VP. The VP had not identified the supposedly troubled company. Your broker merely guessed which company it was. But like Martha Stewart, even if there was no basis for an insider trading charge, you lied to the federal agents, and you conspired to do so. You also may have engaged in money laundering and likewise you “conspired” to do that as well.

The next time you get excited by a “tip” from anyone, alert a securities lawyer (surely not to join in the scheme!) but to address concerns over its legality. All it takes is one good “tip” to upset your entire life. And remember, never lie to a federal agent! Be cautious before speaking to federal agents until you first consult your lawyer. 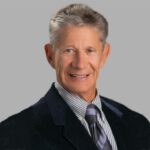