Trademarks: The Importance of Registration

Everyone has an idea of what a trademark is: a symbol, word, name, or design used to differentiate one seller’s goods or services from those of another. A Whopper® is not just any hamburger with cheese, lettuce, pickles, onions, tomatoes, and mayonnaise; it is a particular style of hamburger available from only one source, Burger King®. The latter mark is itself a type of trademark called a “service mark” and it used to identify services rather than goods, and, in the case of Burger King, a particular style of restaurant services.

Trademarks themselves would be meaningless if the law did not protect them by preventing others from selling similar goods and services with confusingly similar marks. The ability to protect a trademark arises as soon as the owner of the mark first uses it in commerce to identify its goods or services. Subject to complexities of law beyond the scope of this article, once Burger King offered its first Whopper for sale, it could prevent others from selling hamburgers called Whoppers in the same market area where its burgers were sold.

One way to let others know that you are claiming protectable rights in a mark is to use the designation “TM” (or “SM” for services marks) near the mark. However, if you want to use the designation “®” with your mark, you must register it with the United States Patent and Trademark Office (“USPTO”). Using that symbol with a mark that is not registered (even for one for which an application for registration is pending) is against the law.
So, what does the “®” symbol mean practically? If trademark rights exist upon first use in commerce, why would anyone need to register a mark with the USPTO? Registration offers several substantial and procedural rights that are not available to owners of common law trademarks. A few of the important benefits are the following:

Federal registration provides protection under the Lanham Act, a federal statute, which gives you direct access to federal courts without meeting the requirements of diversity jurisdiction, such as that the dispute be worth at least $75,000 and between parties from different states. Additional remedies may also be available in federal court that are not appropriate under state law, such as treble damages and attorney fees in some cases. Decisions under the Lanham Act are also numerous, and a robust body of precedent interpreting a statute generally provides greater certainty of your legal rights.

Proof of the Validity and Ownership of the Mark.

Nationwide Notice of the Mark.

If a common law trademark owner uses the mark in a specific geographic area of the country but has plans to expand to other areas, users in those areas may acquire superior rights to the mark even if they began using their mark later. Registration puts others on notice nationwide that that if they adopt a similar mark they may be subject to assertion of the registrant’s rights. The application filing date also provides nationwide constructive notice of the date of first use, the practical effect of which is that no other evidence is necessary to establish priority over an infringer who begins using a mark after the filing date.

Thus, the benefits of registration are substantial.

If you offer a product or service under a mark that you want to protect, please call me to discuss how I can help you. I can also be of assistance in selecting a new mark to determine whether it may be problematic in the long run because others are using or have registered it. Once a unique trademark is found, an application for registration may be filed up to three years before you begin using it in commerce. Filing such an “intent to use” application will solidify your rights before expending large sums of money in printing or advertising.

For further information regarding these matters, please contact Mr. Nixon at 248 619 2585 or via email. 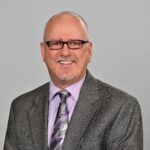