Why More and More People are Considering Prenuptial Agreements

Not long ago, prenuptial agreements were mainly considered by the wealthy or the wary – and seldom by young people entering into a first marriage. That is changing. A key factor motivating that change is the average age at which people get married. Per a recent Bloomberg Business Week article, in 1980, more than two-thirds of people 25-34 were married. Today, more than half in that age group are single.1 Delaying getting married means more people entering into marriage do so with more accumulated assets, with more at risk and more to protect. Add to that the fact that the rate of divorce hasn’t changed, remaining relatively steady at 40% to 50% over the years, and the rationale for having a prenup becomes more attractive.2

Divorce can be a costly and unpredictable process in which spouses may spend a significant amount of time and resources. This is particularly true when either or both spouses came to the marriage already owning a significant amount of property.  A prenuptial agreement can provide certain predictability to divorcing parties by addressing, among other things, the division of assets upon divorce.  Historically, couples who entered into prenuptial agreements identified their separate property, placed a value on it, and specifically outlined their agreement as to how the property should be addressed in the event of a divorce.  They typically included a waiver of any claim to invade the other’s separate property since without the waiver, the court could exercise discretion, invade separate property, and award a portion of it to the other in fashioning an equitable property settlement.  These prenuptial agreements were generally enforced.

An Outlier? A Precedent? Or Both? Recently, the Michigan Court of Appeals in the case Allard v Allard (On Remand)3 addressed the validity of these waiver provisions.  Here’s where it gets interesting: The Court held that individuals cannot deprive a court of its equitable discretion to invade separate property upon divorce under Michigan’s two (2) invasion statutes.4  Take for example, a hypothetical where upon divorce A’s separate property is $1,000,000, B’s separate property is $50,000, and the marital estate is $100,000.  A and B’s prenuptial agreement provides that upon divorce, each party will keep her/his separate property and all appreciation in value, and that they each waive the right to invade the other’s separate property. Before Allard, A would keep the $1,000,000 plus one half of the marital estate, $50,000 for a total of $1,050,000.  B would keep the $50,000 plus one half of the marital estate, $50,000, or $100,000.  After Allard, however, the Court can exercise discretion to award B part of A’s assets notwithstanding the parties’ waiver if one of the two “invasion” statutes applies.

What to Do. You might think, “Why should I bother getting a prenuptial agreement now?” The answer is simple.  A prenuptial agreement still works to identify separate property and memorialize the parties’ intent. Importantly, it must be noted that Allard does not require the Court to automatically invade separate property. The Court may do so in certain cases since it is not bound by the parties’ agreement in reaching an equitable division.

For further information regarding these matters, please contact Ms. Stawski at 248 619 2590 or via email. 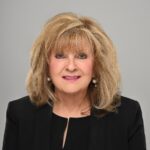 Shareholder
Amy A. Stawski has more than 30 years of experience in Family Law and Appellate Litigation.