<— back to Attorney Directory 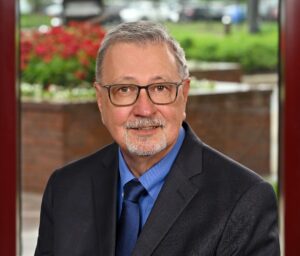 Chairman Emeritus, Shareholder
Phone: 248 740 5668
email
Download vCard
Practice Areas - Business and Corporate Planning, Commercial and Mortgage Financing, Corporate and Limited Liability Company Law, Estate Planning, Exit Planning, Family Business Planning, Mergers and Acquisitions, Real Estate
Ralph Castelli is a sought-after attorney for business and real estate transactions as well as estate planning and general corporate law. He is a skilled negotiator who analyzes and problem solves complicated issues and uses his decades of experience to prevail on behalf of his clients.
His practice involves him in a wide variety of business planning and structuring situations, exit planning, shareholder and partner separations and the entire gamut of real estate and business transactions. In addition, Mr. Castelli successfully served as Chairman of the Board and Chief Executive Officer of Kemp Klein for 26 years.
Mr. Castelli represents many closely-held businesses and he has developed expertise in transactions involving business expansion or reduction, loan transactions, acquisitions and sales, and reorganizations. Due to the nature of his practice and clientele, he has become adept at representing family businesses and addressing complex issues that the intertwining of family and business often entail.
Mr. Castelli served as Mayor of the City of Pleasant Ridge for 20 years and on the City Commission and Zoning Board of Appeals. Also, he served on the Pleasant Ridge Planning Commission from 1985 to 1988, including a term as chair. He was elected to the Pleasant Ridge City Commission in 1988. He was a member, and past president, of the South Oakland County Mayor’s Association and was a past member of the Board of Directors of the Woodward Avenue Action Association.
Mr. Castelli was named to the “Leaders in Law” Class of 2018 by Michigan Lawyers Weekly. He maintains an “AV” peer review rating with Martindale-Hubbel Law Directory, the highest peer review rating for atttorneys. He has also been listed as one of the top 5% of attorneys in Michigan by Super Lawyers Magazine and was named Lawyer of the Year by Best Lawyers in America.
Education
J.D., Wayne State University, 1977, Magna Cum Laude
Member, Wayne State University Law Review
Member, Phi Eta Sigma, honorary legal fraternity
B.A., Michigan State University, 1974